The Brooklyn College film professor wouldn't toot his own horn, but the historian and author of nearly two dozen books just might be the best film interviewer in the world. He is working on an epic look at 1950s film and it is no coincidence that the films he will be discussing with Don Murray were all shot in Cinemascope!

A graduate of Stanford University, Hirsch received his M.F.A, M.A. and PhD. Degrees from Columbia University and joined the Brooklyn College (CUNY) Department of English in 1967. He moved into Brooklyn College's newly-formed Film Department in 1973 and has been there ever since.

Hirsch was a key pioneer in film noir studies, publishing his Dark Side of the Screen in 1981. (An expanded update of this seminal book appeared in 2008.) He'd also shown a marked interest in widescreen cinema with his Hollywood Epic (1979), and over the course of the next decade he began an examination of key facets of mid-century theater and cinema, beginning with his analytical biography of the Group Theater, A Method to their Madness (1984).

After a "flash forward" to neo-noir in Detours and Lost Highways (1997), Hirsch has returned to a series of works examining the various manifestations of midcentury film, with a particular emphasis on the 1950s. During this time his talents as an interviewer began to put him in demand by film festivals and actors alike, who came to trust his low-key, respectful approach and his attention to detail.

As a result, Hirsch has been traveling the globe over the past decade as a lecturer and interviewer, with stopovers in New York, Chicago, Los Angeles, San Francisco, Fort Lauderdale, Tel Aviv, London, and Rome.

Hirsch's fascination with colorful directors resulted in an acclaimed biography of Otto Preminger in 2008. Subtitled The Man Who Would Be King, it is a sprawling look at the bombastic Viennese expatriate who cast a large shadow over film from the 1940s to the 1960s, mastering film noir, social drama, and historical epic, while doing some of his most interesting work in Cinemascope.

When he is not conducting interviews or presiding over packed classes at Brooklyn College, Hirsch is working on what figures to be his magnum opus, a sprawling study of 1950s film in all its manifestations—but with a singular nod to the widescreen films he grew to love as a young moviegoer.

He is also consulting producer for a soon-to-be-in-development documentary, The Movies Meet The Method, which will chronicle the influence of the Group Theater as it moved from the New York stage into Hollywood film during the 1950s. 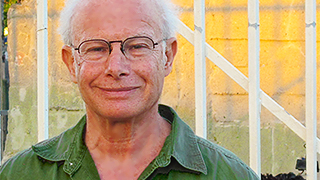 A Method to Their Madness: The History of the Actors Studio (W. W. Norton, 1984)

Detours and Lost Highways: A Map of Neo-Noir (Limelight Editions, 1999)

Love, Sex, Death and the Meaning of Life: The Films of Woody Allen (Da Capo Press, 2001)