THE FRENCH HAD A NAME FOR 21

Midcentury Productions Executive Director Don Malcolm is pleased to announce that his groundbreaking French noir series, THE FRENCH HAD A NAME FOR IT, returns to the Roxie this fall. MCP and the Roxie have devised a segmented schedule for FRENCH '21, subtitled "Return of the Suppressed" to remind old and new viewers alike that this series (almost) exclusively specializes in French noirs not seen outside France for more than half a century.

The festival incorporates past favorites from the legendary seven-series run as well as new rediscoveries, including the previously ballyhooed PIEGE POUR CENDRILLON aka TRAP FOR CINDERELLA (1965), screening with our #3 all-time festival favorite COMPARTIMENT TUEURS aka THE SLEEPING CAR MURDERS (1965) on Saturday evening, November 13th in a double bill Don calls "The Best of '65." Among the highlights of the November screenings is an opening night triple bill honoring the festival's most beloved discovery, actor-director Robert Hossein (1927-2020).

Hossein will also be fêted in December when the popular NOIR NOEL event will occur on Sunday, December 12, with two more of his films, including the peerless Xmas noir LE MONTE-CHARGE.

UPDATE: Advance tickets for NOIR NOEL are now available here, as well as at the Roxie website.

Come join us for the return of a festival hailed in the press as "irresistible" and "the most important cog in re-envisioning the origins and history of film noir."

"The Roxie's annual 'The French Had a Name for It' festival has transformed our understanding of film noir, its origins and development in less than a decade. Rather than something invented (or at least synthesized) in Hollywood and then copied throughout the world, these annual French film festivals have revealed noir to have been the result of a give-and-take of influences, with the French having as much claim to the genre as Americans."

SAT MATINÉE, NOV 13
At the dawn of film noir

AU NOM DE LA LOI
IN THE NAME OF THE LAW

LE SILENCE DE LA MER
THE SILENCE OF THE SEA 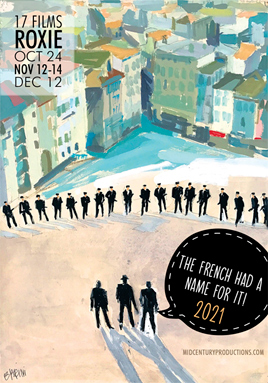 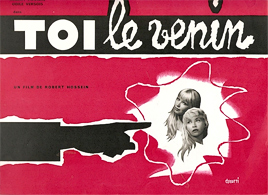 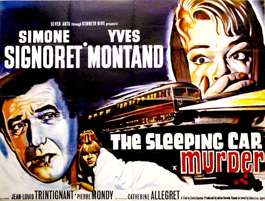 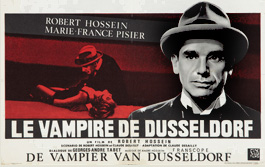 MIDCENTURY PRODUCTIONS is a "boutique" programming venture designing "mini film festivals, featuring films from cinema's most explosive three decades—the 1940s, 1950s, and 1960s. We program original festivals and work with organizations and individuals to craft singular programming that illuminates the hidden corners of these three decades.

If you're not yet on our mailing list, why not?
Members receive special discounts and are eligible for our free giveaways, special prizes, and contests. And we keep you informed about what we're up to in our newsletter. Best of all—it's free! SIGN UP HERE